Musco Center for the Arts at Chapman University presents L.A. Dance Project on June 16 at 7:30pm. 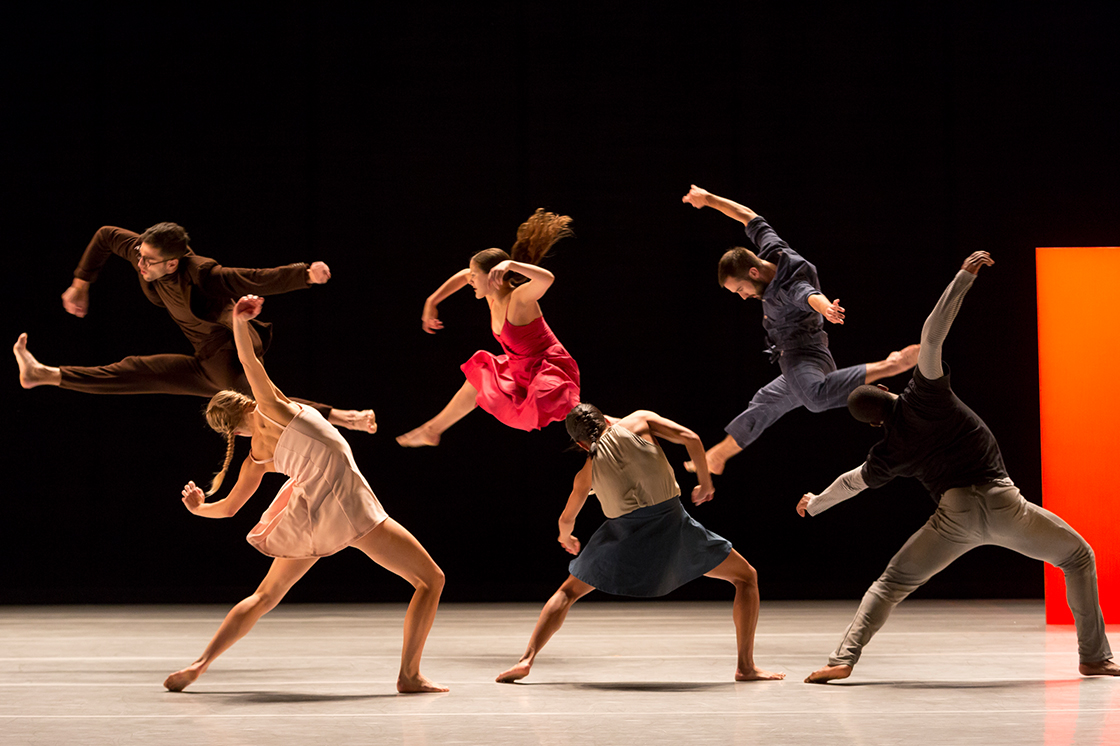 The world-renowned dance company pushes boundaries with its innovative choreography and creative blend of multiple disciplines – blurring the lines between the tight constraints of classical ballet and uninhibited motions of contemporary dance. Since its founding in 2012, L.A. Dance Project has toured and given master classes at renowned venues and festivals internationally, including Edinburgh International Festival, Theatre du Chatelet, New York City Center, and The Music Center’s Walt Disney Concert Hall, and has showcased notable pieces in unorthodox spaces.

Founder and Artistic Director Benjamin Millepied is considered to be one of the 21stcentury’s most notable artists, with mastery in both dance and cinematic arts. He was a soloist and principal dancer for leading ballet company New York City Ballet, and served as Director of Dance at Paris Opera Ballet, which is considered to be one of the top four ballet companies in the world. Millepied is celebrated for his work as a choreographer and dancer in the award-winning film Black Swan. Alongside composer Nicholas Britell, he founded Amoveo, a film production company and Artform, a tech start-up that promotes present-day artists and the arts.

During its Orange County debut, L.A. Dance Project will present a world premiere from Shannon Gillen, commissioned by L.A. Dance Project. Shannon Gillen is one of New York City’s most sought after choreographers with an established and passionate audience following and who commissions her work at prestigious national and international venues. She is the founder of New York-based dance company VIM VIGOR and was championed by renowned dance critic Deborah Jowitt as ‘vastly gifted’.

The performance will also feature Benjamin Millepied’s works Bach Studies (Part 1) and Orpheus Highway. Inspired by legendary composer Johann Sebastian Bach’s dynamic compositions, Benjamin Millepied incorporates music theory into his choreography to the melodies of Partita for Violin No. 2 in D Minor. The enthralling piece will captivate the audience through the dancers’ polished movements, which interpret musical notes to fluid gestures.

Orpheus Highway debuted in 2017 at Joyce Theater, one of the U.S. dance community’s premier venues. Nine dancers portray the romantic tragedy of Orpheus and Eurydice in front of a somber cinematic backdrop. The dancers onstage alternate simultaneous and asynchronous movements with their onscreen counterparts. The live dance and film experience is performed to Steve Reich’s Triple Quartet, whose interchanging tempos guide the story to its dramatic finale.

Tickets for June 16 are on sale now for $35-65 and may be purchased through the Musco Center online at www.muscocenter.org or by calling the box office at 844-OC-MUSCO (844-626-8726). All print-at-home tickets include a no-cost parking pass. Musco Center for the Arts is located on the campus of Chapman Universityat 415 North Glassell, Orange, Calif.

ABOUT MUSCO CENTER FOR THE ARTS

Since it opened on March 19, 2016, Marybelle and Sebastian P. Musco Center for the Arts at Chapman University has been hailed as “an ideal opera house, potentially the best in the West and maybe even something more” by the Los Angeles Times.

Designed by renowned architects Pfeiffer Partners, with acoustics by world-renowned Yasuhisa Toyota of Nagata Acoustics, Musco Center boasts an intimate seating chamber with 1,044 seats on three levels and a full-scale stagehouse capable of grand spectacle or lush symphonic sound with its unique orchestral shell in place. Musco Center serves as a dynamic focal point for campus life and the broader community, giving notice that world-class arts education and artistic achievement have found a new home in Southern California.

For more information about Musco Center and its upcoming events, and to purchase tickets online, visit www.muscocenter.org.