This edition of Posse features a FREE outdoor concert with Long Beach favorites Free Moral Agents (Isaiah Ikey Owens, keyboardist of The Mars Volta and De Facto) and Blank Blue (Elvin Estela aka Nobody) from 7-10pm on the 2nd Street Promenade. Following the concert, Proof Bar, Memphis at the Santora, The Crosby, Gypsy Den and Lola Gaspar host live music, DJ’s and food and drink specials until the last call. 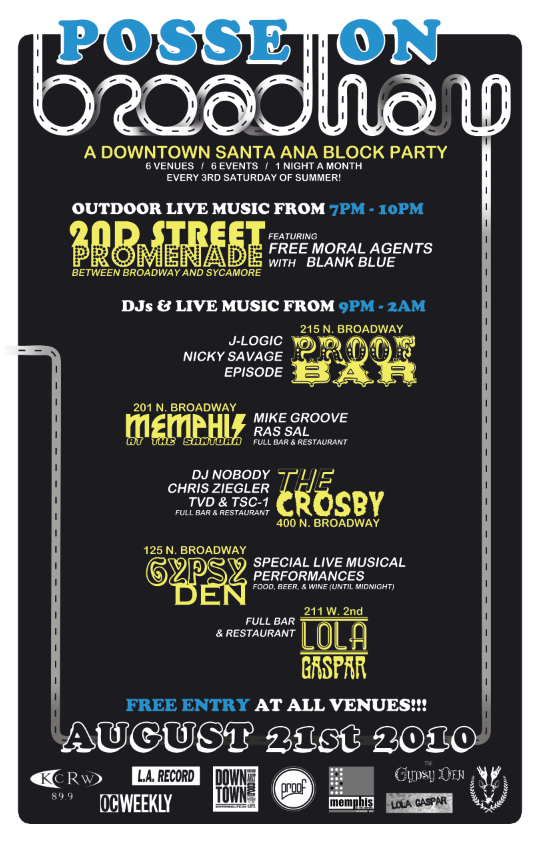 with Blank Blue (Elvin Estela aka Nobody)

THE CROSBY:
DJ Nobody

MEMPHIS at the SANTORA:
Mike Groove 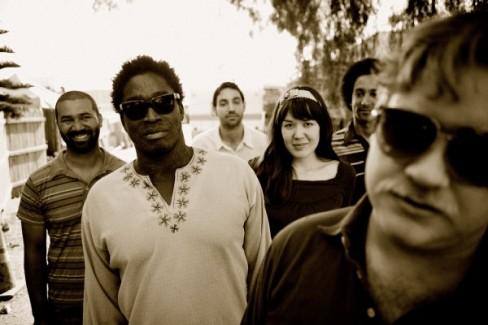 Free Moral Agents is the brainchild of Isaiah Ikey Owens, Grammy Award-winning keyboardist for The Mars Volta & De Facto. The Long Beach, CA-based Owens initially started Free Moral Agents as a solo project. It has since expanded into a group effort, a result of Isaiah’s decade-long career of collaborations with artists as diverse as El-P, Mastodon, Sublime, Saul Williams, and Z-Trip. Free Moral Agents released their debut Everybody’s Favorite Weapon on GSL Records in late 2004. With freestyle moments layered over vibrant melodies, heavy beats, and jazzy interludes, Everybody’s Favorite Weapon was just the beginning of something that was no longer considered just a side-project. While out on the road with the Mars Volta, Isaiah kept thinking of ways to expand Free Moral Agents. In 2006, FMA went from a solo effort to full six-member group and started improvising new material. With the lineup of Mendee Ichikawa (vocals), Reid Kinnet (Rhodes), Jesse Carzello (guitar), Dennis Owens (bass), Ryan Reiff (drums) and Isaiah jumping from keyboard to keyboard, FMA quickly came up with much new music and was in and out of the studio several times in 2007 and 2008. Free Moral Agents is now gearing up to release their new album Honey In The Carcass Of The Lion, an EP titled Control This and a 10″ vinyl collaboration with legendary Fela Kuti’s drummer and Afro Beat co-founder Tony Allen titled North Is Red. Listen HERE. 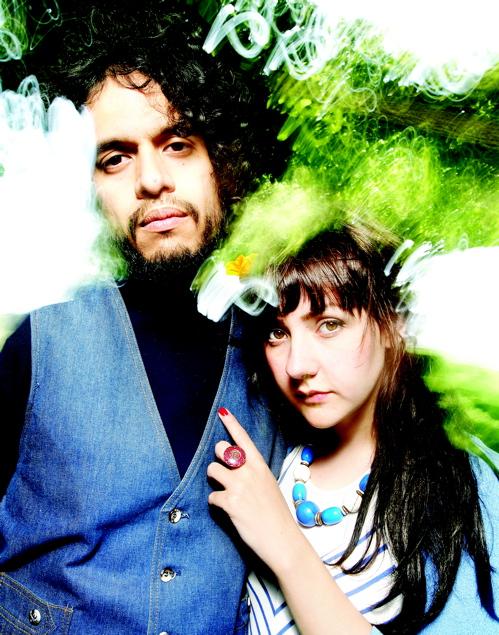 Nobody presents Blank Blue Western Water Music Vol. II in stores now!!! Western Water Music Vol. II is the surreal story of an armageddon born out of a massive earthquake off the west coast of the united states and set sometime in the future. The quake triggers a separation of the west from the rest of the country, creating a whirlpool of devastation in its wake. Millions die. Thousands survive. Those that survive eventually sink and drown from the buckling lands, only to have scores of poison mushrooms waiting for them underneath the earth’s masses, loosened from centuries old trees. The poisoned water gives them their first gasp, and miraculously they are able to and breathe and live underwater. The confusion and sadness is balanced by the fascination of having to start everything all over again. Nobody has always flirted with psychedelic sounds, but with vocalist Niki Randa under their blank blue guise, he released “Western Water Music Vol. II” and took the dive headfirst into a space where headsy-folktronics and beat-forward tunes meet in gloriously lush sounds capes. “…Now once again the ocean is overfull. It is spilling over the rims of its basins…” Blank Blue is currently working on their follow up to WWMII, and now performing as a live 4 piece…with the additions of Andres Renteria on drums, and Brian Akio Martinez on bass. Listen HERE.