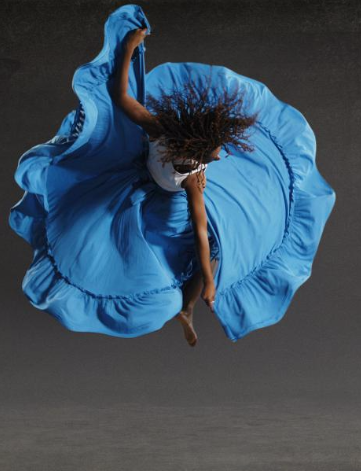 Center for the Art of Performance is proud to present the world premiere of ‘Agua Furiosa,’ the newest work from CONTRA-TIEMPO Urban Latin Dance Theater. Created by Artistic Director Ana Maria Alvarez, there will be 8 performances of ‘Agua Furiosa’—dates are listed below. Tickets ($29) are available now at cap.ucla.edu, via Ticketmaster and at the UCLA Central Ticket Office at 310.825.2101.

CONTRA-TIEMPO is a bold, multilingual Los Angeles-based dance company, dedicated to transforming the world through dance while building community, facilitating dialogue and moving audiences to imagine what is possible. Their work is rooted in Salsa and Afro-Cuban movement and draws from hip-hop, urban dance and contemporary dance theater. The dancers create an invigorating blend of physically intense and socially astute performance that pushes the boundaries of Latin dance as an expressive cultural and contemporary form.

‘Agua Furiosa’ began with a series of site specific performances, throughout the creation of the piece, connected to distinct bodies of water in Los Angeles. These events were the “community choreographic laboratories”. Through these labs audience members/participants witnessed work in progress, participated in the performance and had an opportunity to share their own stories connected to the themes explored in the piece: race, exile, injustice, water, drought and upheaval. The stories were based around the physical space where they were performed and were both personal and local. Unique experiences from each laboratory were collected to be potentially woven into the final performance work.

Presented in collaboration with UCLA Department of World Arts and Cultures/Dance. Supported in part by the James A. Doolittle Endowment.