Drew Andrews (formerly of The Album Leaf) will be making his Orange County debut with a stop on his fall tour at The Gypsy Lounge in Lake Forest on Saturday, October 16. Costa Mesa’s electronic indie trio Mphase and LA/OC singer songwriter Paul Layton will open the show.

Drew Andrews, the San Diego-based indie balladeer, is internationally known in music communities as guitarist and keyboardist for ambient electronic band The Album Leaf. Drew released his solo debut, Only Mirrors, in 2008 via Minty Fresh Records. Follow-up EP, Playing Birthday Games, released in early 2010. Just this year, following a 6-month world tour with The Album Leaf, Drew decided to part ways with the band, after eight collaborative years, to focus his energy towards his next solo effort, which is scheduled for release in late winter of 2010.

Local electronic driven Mphase formed in 2005 as a creative outlet for Geoff Harrington to score music for film and mixed media. He recruited brothers James and Matt Fletcher (Matt Costa, Satisfaction) in 2009 rounding out the trio for live shows and more complete recordings. Mphase’s debut album ‘Crossed Wires’ released in October of 2009.

Originally from Orange County now based in LA, Paul Layton’s brand of pop music is both immediate and layered with subtlety. Influences ranging form vintage French jazz pop, folk and classic rock are all present on his newest EP release titled “Shades of Blue.”

Doors open at 9pm for Drew Andrews, Mphase and Paul Layton at Gypsy Lounge on October 16. Tickets are $8. The venue is 21+. 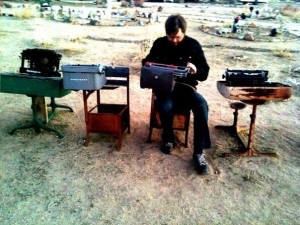