Ed Roland and the Sweet Tea Project is proud to announce that it has joined forces with 429 Records for its debut full-length release, Devils ‘n Darlins available via Amazon.com on September 3, 2013.

For the past two decades, Atlanta native Ed Roland has been the front man and heart of the platinum-selling rock band Collective Soul.  He has written seven #1 radio hits, and has sold more than 10 million albums worldwide.  For Roland’s Sweet Tea Project and the debut record, he teamed up with a group of friends and musicians for a new approach to his classic hit-making style.

“The Sweet Tea Project started as a bunch of friends coming over after gigs and listening to new songs I had written, but not with Collective Soul in mind,” said Roland.  “Everybody sat around my studio with different instruments –banjo, mandolin, steel guitar, and ukulele – and just had a lot of fun. The main focus will always be writing the best songs I can write or co-write with my band mates.”

Long renowned as an autobiographical songwriter, Roland embraces his Southern heritage on several ofDevils ‘n Darlins most emotionally impactful tracks: the intense and fiery “Love Won’t Bring Us Down,” about the joy of returning home to his family from a challenging tour; the simmering electric gospel blues ballad “Lennon’s Lullaby” about the inspiration he draws from his children; and the steel pedal guitar pumped country rocker “Pile of Pearls” that Roland penned in the late ‘80s and often uses as a rehearsal warm up tune with Collective Soul.

After kicking off 2013 with “Rooted in Georgia” residencies in Atlanta and Athens, Ed Roland and the Sweet Tea Project won ESPN’s contest to reimagine its NBA theme music, an initiative driven by fan voting.  The band was featured on the SportsNation section of ESPN.com and their version of the song aired during ESPN’s exclusive coverage of NBA All-Star weekend.

Ed Roland and The Sweet Tea Project will be bringing Devils ‘n Darlins on the road to select U.S. cities throughout the year to support the September album release.  For more information visit: 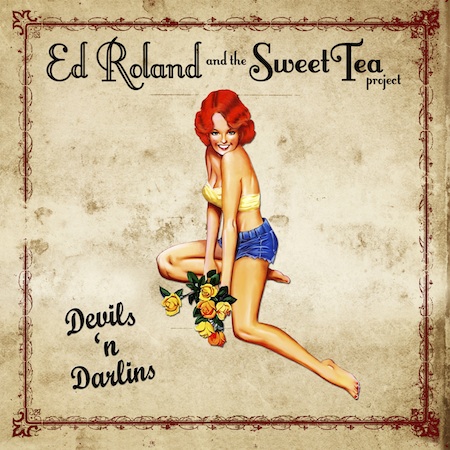