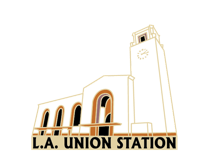 Ken Pratt, Metro’s Director of Union Station Property Management said, “This is an important step for Union Station in that it introduces folks to this extraordinary public space and the beauty of one of Los Angeles’ most iconic architectural properties while encouraging Angelenos to take the light rail, subways, Metrolink, Amtrak and Metro buses to the stationand experience the ease and comfort of our growing mass transit system.”

The historic Downtown landmark will kick-off its summer season with Live Nation’s Ones To Watch & KROQ Locals Only Presents Summer Concerts At Union Station. The free concert series under the stars begins July 2 and runs Saturday nights through Labor Day weekend.

Each concert will feature two emerging artists and a popular DJ performing between 7:00 p.m. and 10:00 p.m. and will give music fans intimate access to the next generation of singers and musicians.  Additionally, some of the city’s most popular food trucks will be on site along with other creative culinary concepts.

Other emerging artists slated to perform include:

Additional concert details and the line-up of performers are available at unionstationla.com.

Live Nation’s Ones To Watch is dedicated to showcasing today’s most talented new artists.  “Using such a unique place asUnion Station as a venue is a one-of-a-kind opportunity to connect these rising new performers with passionate downtown music fans,” said Live Nation’s concert and club COO Ben Weeden.

After the curtain rises on the Live Nation series, for nine days in July, the station’s South Patio will be transformed into an evocative multi-media environment with the innovative cinematic experience Union Station 360° created by the noted local experiential design firm The Hettema Group. 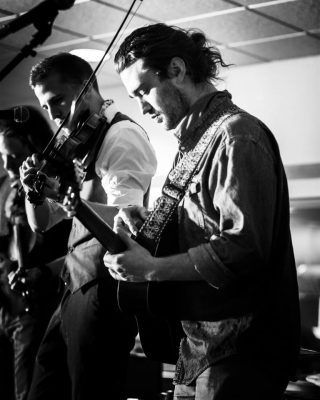 The Hettema Group’s projects include some of the world’s most recognized interactive attractions ranging from the recently opened One World Observatory at the World Trade Center to Las Vegas’ High Roller to Universal Studios Islands of Adventure to Jurassic Park The Ride.

Union Station’s state-of-the-art, multi-sensory 360° experience will transport guests on an extraordinary interactive journey through the unique cultural fabric of L.A. with a series of imaginative vignettes exploring the city’s storied past and vibrant present.  The Hettema Group has teamed with filmmakers and digital artists to create original cinemagraphs that will be viewed, on a massive cutting-edge projection sphere and across a Floating Sky Screen, accompanied by a hypnotic original score.

The station’s massive entry arches will become the backdrop to a 30-foot-high, projection mapped art and video installation that will respond to visitors’ movements; and guests can move freely throughout the garden beneath the translucent Floating Sky Screen bathed in iconic Los Angeles imagery.

Union Station will be transformed into a towering canvas for dazzling imagery beamed on its façade as audiences become fully immersed in the Union Station 360° experience.

From August 6 – August 31 the station’s Grand Waiting room will be home to the provocative art installation Cabinet of Curiosities.  The trailblazing group exhibition of Los Angeles-based artists will feature a series of mysterious worlds that are viewed through peepholes.

Built in 1939 as a portal to the promise of the California dream, this architectural gem features soaring vaulted ceilings, towering brass windows, massive Art Deco chandeliers, hand-painted mission tiles and ornate stone floors.  Union Stationwill evolve into a venue showcasing the diversity of entertainers, artists and innovators throughout Los Angeles.

In addition to its own emerging calendar of programing, events and activities, Union Station has become a gateway to the rebirth of Downtown’s vibrant arts, entertainment and food scene and has emerged as a bridge to important cultural venues including The Broad, Walt Disney Concert Hall and the Museum of Contemporary Art.