Local Restaurants and Chefs Slap on the Bacon at the 2nd Annual Big Bite Bacon Fest Aug. 1-2 at The Queen Mary 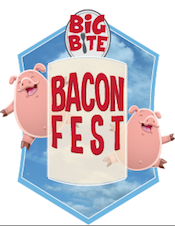 ite Bacon Fest returns to The Queen Mary August 1-2, 2015 with more bacon infused delicacies and beer tastings than ever before. Dozens of local restaurants and chefs will offer culinary samples of their own unique spin on the star ingredient – bacon. More than 15 local breweries will be sampling a variety of craft beers to help wash down all the salty bacon-goodness for two pork-filled days of fun.

VIP bacon lovers will have exclusive access to sample some of the festival’s most outrageous pork-inspired concoctions including The Bacon Babe’s dark chocolate bacon tarts with cinnamon whiskey buttercream and Bundt’s on Melrose’s maple bacon mini Bundt cakes.

If festivalgoers need a break from all the delicious bacon and pork sampling they can board the majestic Queen Mary for a self-guided tour that is included in every Big Bite Bacon Fest ticket or head over to the Pig Pen to test their skills at pork-inspired games and activities including Pork Ladder Toss, Bacon Bags a.k.a. Cornhole, Connect Swine and even Bacon Chess.

The 2nd annual Big Bite Bacon Fest will offer a choice of a daytime or evening tasting session on Saturday, August 1 and one daytime tasting session on Sunday, August 2. VIP bacon lovers will gain entry to the event one hour prior to all other guests, have access to the exclusive VIP bacon lounge with shaded seating and tastings, receive a souvenir cup, access to private restrooms, and the opportunity to take a self-guided tour of the majestic Queen Mary ship.

Early Piggy tickets start at just $35 for general admission and are available online through June 15. For more information about this one-of-a-kind porkalicious event and to purchase tickets visit www.queenmary.com and www.bigbiteevents.com. 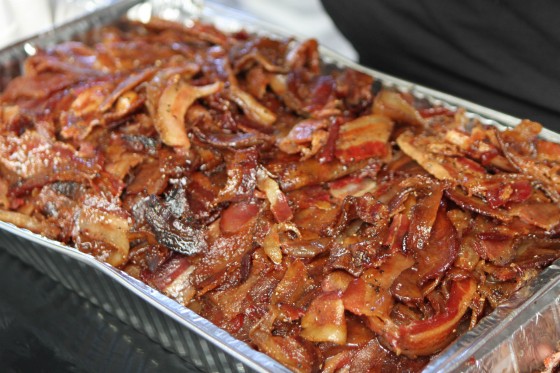