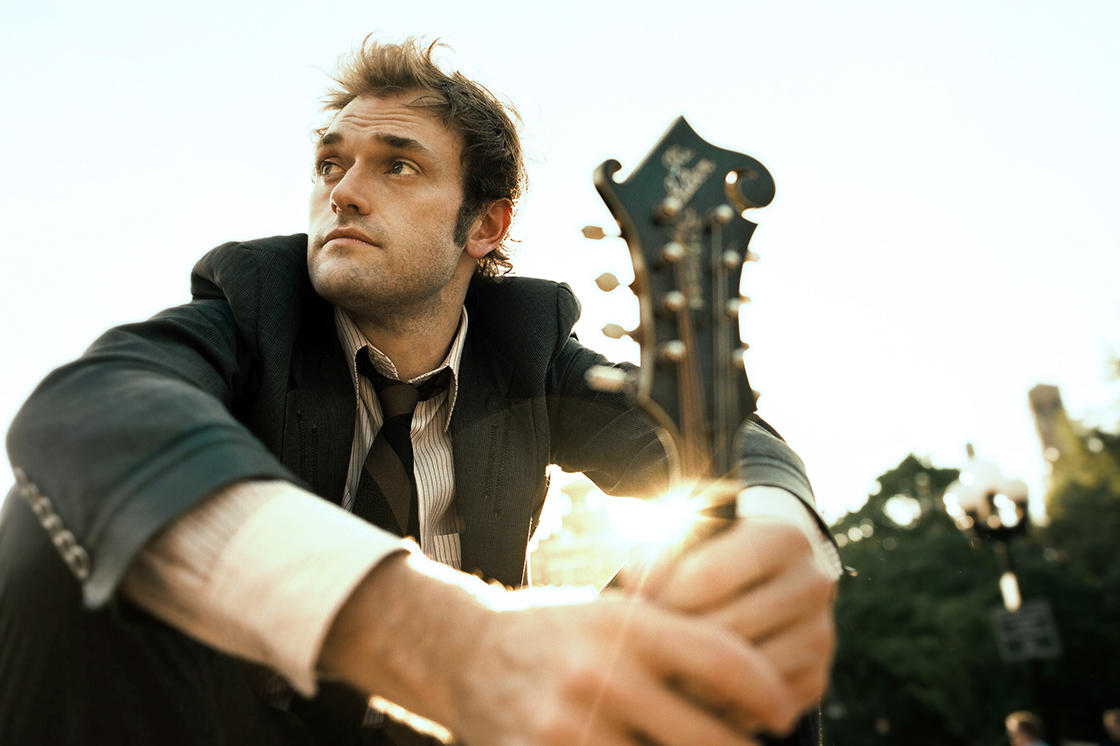 Recognized as the “world’s most acclaimed mandolinist” by the San Diego Tribune, Chris Thile is a highly praised bluegrass composer and vocalist who has also made a mark in the classical, rock, and jazz genres. The mandolin virtuoso also hosts NPR’s Live from Here (formerly A Prairie Home Companion) radio show, which reaches 2.6 million listeners weekly.

Chris began his professional music career at the age of eight as a member of Nickel Creek. The platinum record selling band sold over 2 million records and won a GRAMMY Award for Best Contemporary Folk Album in 2003 for This Side. In addition to playing in Nickel Creek, Chris is a member of the platinum record selling ensemble, Punch Brothers. His solo and collaboration albums, including album The Goat Rodeo Sessions with Edgar Meyer, Yo-Yo Ma, and Stuart Duncan, have garnered attention, and Chris won three GRAMMY Awards for these works. In 2012, Chris received the distinguished MacArthur Fellowship (also known as the Genius Grant) by the MacArthur Foundation, which awards unrestricted fellowships to talented individuals who have shown extraordinarily originality and dedication in their creative pursuits and a marked capacity for self-direction. According to the New York Times, he is “Brilliant…breathtaking. Mr. Thile wields an appealing voice as expressively as his mandolin.”

Tickets for June 18 are on sale now for $40-65 and may be purchased through the Musco Center online at www.muscocenter.org or by calling the box office at 844-OC-MUSCO (844-626-8726). All print-at-home tickets include a no-cost parking pass. Musco Center for the Arts is located on the campus of Chapman University at 415 North Glassell, Orange, Calif.

ABOUT MUSCO CENTER FOR THE ARTS

Since it opened on March 19, 2016, Marybelle and Sebastian P. Musco Center for the Arts at Chapman University has been hailed as “an ideal opera house, potentially the best in the West and maybe even something more” by the Los Angeles Times.

Designed by renowned architects Pfeiffer Partners, with acoustics by world-renowned Yasuhisa Toyota of Nagata Acoustics, Musco Center boasts an intimate seating chamber with 1,044 seats on three levels and a full-scale stagehouse capable of grand spectacle or lush symphonic sound with its unique orchestral shell in place. Musco Center serves as a dynamic focal point for campus life and the broader community, giving notice that world-class arts education and artistic achievement have found a new home in Southern California.

For more information about Musco Center and its upcoming events, and to purchase tickets online, visit www.muscocenter.org.