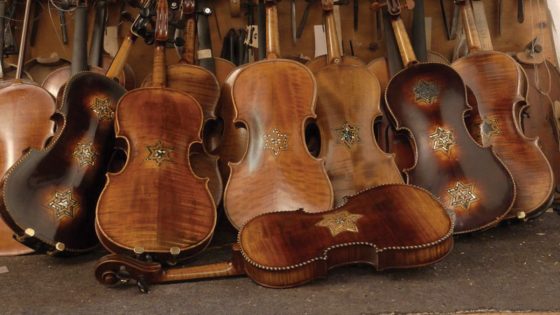 A two-part concert series dedicated to remembering the Holocaust and honoring the 75th anniversary of the liberation of concentration camps.

The New West Symphony is proud to present Duet of Remembrance commemorating the Holocaust and the 75th anniversary of the liberation of concentration camps with a two-part dedicated concert series featuring Dreams on February 29 – March 1 and Violins of Hope on April 18 – 19. These remarkable programs mark the continuation of a year-long 25th anniversary season for the New West Symphony and inaugural season under new music director GRAMMY® winner Maestro Michael Christie.

“During the Duet of Remembrance series, we remember the Holocaust and honor the lives lost by performing the same music that provided hope during one of history’s darkest chapters,” said New West Symphony Music Director Michael Christie. “As a Symphony, we look to present musical performances that engage and inspire larger community conversations both about the musical component of the piece and also the stories and history associated with each piece.”

Opening the Duet of Remembrance series is Dreams, a concert of uplifting music that acted as a beacon of hope during the darkest of times, including Brundibár (Czech for “bumblebee”) composed by Hans Krása and Felix Mendelssohn’s A Midsummer Night’s Dream.

New West Symphony will be joined by the Los Robles Children’s Choir for Brundibár as it was originally written for a children’s opera competition in 1938 and performed by kids in the Theresienstadt concentration camp, yet encourages faith in humankind. The Symphony will also present A Midsummer Night’s Dream interspersed with dialog from Shakespeare, by Felix Mendelssohn. Mendelssohn’s music was banned under the Hitler regime due to his Jewish heritage.

In April, Violins of Hope will feature select musicians performing on a collection of string instruments lovingly restored and with their own stories from the Holocaust – many that were played in concentration camps. New West Symphony will be the only Ventura County orchestra performing on the rare instruments. The program will feature Jonathan Leshnoff’s Symphony No. 4 written exclusively for Violins of Hope and guest pianist Olga Kern will accompany the Symphony to perform Rachmaninoff’s Piano Concerto No. 3.

The Duet of Remembrance series is part of New West Symphony’s 2019-2020 Masterpiece series. The Masterpiece Series concludes with special guest violinist Sarah Chang performing Brahms (May 2-3). As part of its 25th anniversary season, New West Symphony has introduced enhancing concert intermission experiences including “Intermission Insights,” a 10-minute Q&A with guest artists led by Maestro Christie immediately following the first half, and Entr’acte, a performance of a short contemporary piece performed at the end of intermission with the purpose of presenting new music to audiences.