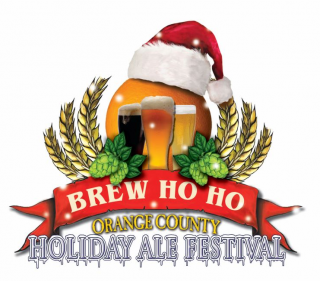 On Saturday, December 8 the producers of “OC’s Best Beer Festival,” the OC Brew Ha Ha, presented the new OC Brew Ho Ho! Holiday Ale Festival at the Phoenix Club in Anaheim. The first year event sold out to an audience of over 1,500 craft beer experts and fans. Thousands of dollars were raised in support of Yellow Ribbon America – Operation Christmas and the Pediatric Cancer Research Foundation.

OC Brew Ho Ho! offered unlimited tastes and an unprecedented lineup of 76 beers that featured limited releases, seasonal, first releases and rare holiday ales from 32 award-winning breweries. Highlight pours included the Pugachevs Cobra, a barrel aged imperial stout ABV 16.5%, Sculpin, an IPA ABV 7%, and Victory at Sea, a Porter ABV 10%. In addition, Brew Ho Ho’s collaboration beer, The Brew Ho Ho! Holiday Ale brewed by Orange County’s own Bootlegger’s, Pizza Port San Clemente and Newport Beach breweries was unveiled at the Festival to the delight of many.   This limited release beer will be available only at the producers’ breweries while supplies last.

Thanks to breweries who donated beer as well as additional donations from Slater’s 50/50, Drunken Udder Alcohol Infused Ice Cream and Golden State Cigars, thousands of dollars were raised for the Pediatric Cancer Research Foundation and Yellow Ribbon America.

“The Brew Ha Ha people know how to do it right and this Brew Ho Ho! was no exception,” commented Dr. Bill Sysak, Craft Beer Ambassador for Stone Brewing Co.  “The beer selection was great, the atmosphere was festive and relaxing.  Definitely another ‘Annual’ festival for them and we will be back!”

While you wait for next year’s OC Brew Ho Ho! Holiday Ale Festival scheduled for December 7, 2013, be sure to mark your calendar and save the date for the 4th annual OC Brew Ha Ha on Saturday, September 7, 2013 at Oak Canyon Park in the meantime! 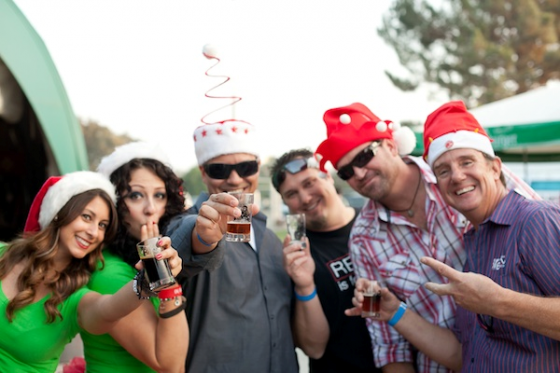