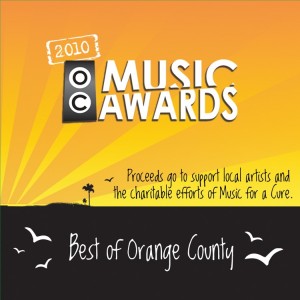 The 2010 OC Music Awards compilation CD titled “Best of Orange County” is now available for only $9.99 at 14 Best Buy retail locations across Orange County. The album features 14 tracks from 2010 Award recipients including Sugar Ray, Atreyu, Thrice, Free the Robots, BLOK and Dusty Rhodes and The River Band. A portion of sales from the compilation will benefit Music for a Cure, the Awards official charity, furthering their efforts to provide music therapy programs at children’s hospitals.

Best of Orange County (at a Best Buy near you)