A Survey of Paintings By Jorg Dubin Opens October 6

Q Art Salon, Downtown Santa Ana’s newest contemporary art gallery, is pleased to present its third exhibition, “DECADE”, a survey of paintings by Jorg Dubin. The exhibit will open to the public with an artist reception on Saturday, October 6 and remain on display through November 25, 2012. “DECADE” observes two of Dubin’s collections of paintings, spanning works created over the last ten years.

The first collection, “My Facebook Friends,” includes nine new works from an on-going series that observes the act and hypocrisies of collecting friends via social and digital media sources. Dubin exploits his own collection of Facebook friends with intimate profile paintings that are cropped to only reveal portions of their faces. The partial portraits pose the question of what the definition of a friend has become in today’s digital world and demonstrates how little we might know about the people called our friends. The series cuts to the core of the human’s desire to be popular and how social media feeds that craving.

In the second collection, entitled “Some Girls Smile,” Dubin has painted his personal subjects in their most natural and relaxed state, but all with a large Cheshire cat smile. The exaggerated smiles incorporate a humorous nature into the charm and innocence of the models’ demeanor, disarming the viewer while giving insight into the soul and character of the subject.

Dubin has been a painter, sculptor, designer, creative consultant and musician based in Laguna Beach since 1976. He studied formally at Art Institute of Southern California, lectures at Laguna College of Art and Design, and his body of work has been widely exhibited and collected internationally. His work has been noted as provocative, engaging, and evenenraging. In March of 2012 he released a catalogue titled DECADE that contains over 70 full color reproductions of his works painted between 2000 and 2011 available on Blurb.com

“DECADE” will open at Q Art Salon on Saturday, October 6 with a public reception from 7-10 p.m. Attendees will have the opportunity to meet Jorg Dubin and enjoy complimentary refreshments. Q Art Salon is located at 205 N. Sycamore Street, Santa Ana, CA 92701 and is open Thursday and Friday, 5-9 p.m., Saturday 12-6 p.m. and by appointment. 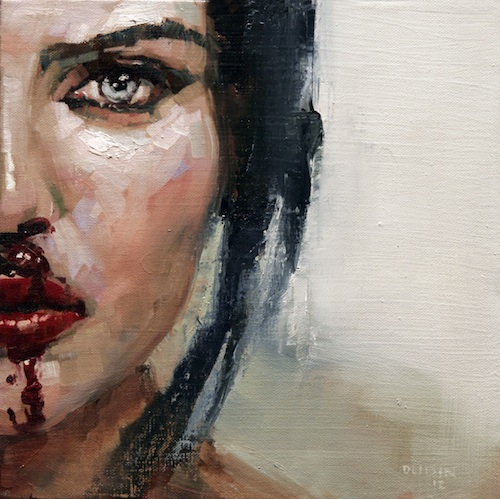