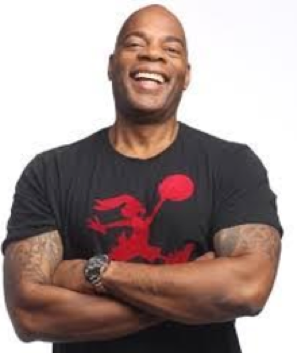 Headlining the June 12th Ships & Giggles Comedy Night is Alonzo Bodden, an American comedian and actor best known for winning the grand prize in the third season of the realty-tv series Last Comic Standing. In 2007, he released his DVD Tall, Dark and Funny and was a talent judge in NBC’s 5th season of Last Comic Standing, along with Kathleen Madigan and Ships & Giggles alum, ANT. Jodi Miller, an American stand-up comedian, writer, actress and author known for appearing on the 9th season of America’s Got Talent, will also hit the Ships & Giggles stage. She has performed on Comics Unleashed, The Tonight Show, Comedy Central and Gotham Comedy Live, and has appeared as a reoccurring guest commentator on CNN’s Showbiz Tonight, and as the host of the news parody show, NewsBusted. Also on the comedy line-up is Richy Leis. Known from MTV’s Is She Really Going Out With Him and VH1’s Basketball Wives, Leis was born and raised outside of West Philadelphia incorporates true life family and relationship experiences with a background in music and improvisation. LA’s own stand-up comedian, Brenton Biddlecombe, will also perform June 12th. He has opened for Bill Burr and tours nationally with Pauly Shore & Taylor Williamson. He’s a paid regular at The World-Famous Comedy Store, Icehouse, and Hollywood Improv. Attendees with also enjoy a performance by actor and writer, Jamal Doman, who is known for Showtime at the Apollo, BET’sComicview and Repos.

Admission is $15 per person and $5 of the admission ticket value can be used at the Observation Bar and Queen Mary restaurants during the comedy showcase.

PARKING:
Parking is $8 with validation.