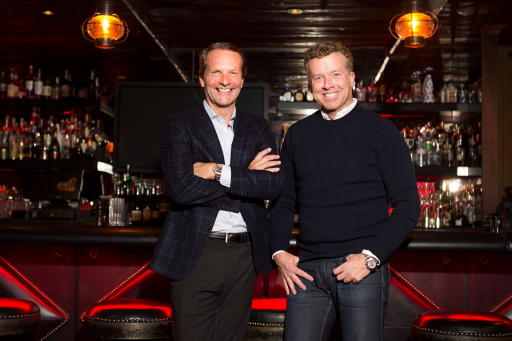 Hollywood producer Joseph ‘McG’ Nichol and Jordan Otterbein of River Jetty Restaurant Group known for A Restaurant and A Market in Newport Beach and CdM Restaurant in Corona del Mar, California, are pleased to announce their fourth Orange County dining concept coming to the Crystal Cove Shopping Center in Newport Beach in the fall of 2021.

“After a year of uncertainty, we’re thrilled to come out the other side stronger than ever and with a beautiful new location for our guests to enjoy an incredible culinary experience,” says Otterbein, managing partner.

An all-new, modern-American eatery, A Crystal Cove will feature an exceptional bar program to complement a “greatest hits” menu of favorite dishes from A Restaurant and CdM Restaurant including the Spicy Yellowfin Tuna, Cacio e Pepe and Chicken Piccata. Familiar with the iconic dishes and creative plating for which the restaurants are known, Vartan Abgaryan returns to River Jetty Restaurant Group to lead the kitchen at A Crystal Cove as the new corporate executive chef.

A former executive chef at A Restaurant from 2009-2012, Abgaryan spent the last several years perfecting his craft as executive chef at notable Los Angeles-based restaurants including Public Kitchen and Bar in the Hollywood Roosevelt Hotel, Cliff’s Edge in Downtown LA, 71Above in Silverlake and Yours Truly in Venice as chef and owner.

“It’s great to be back in Orange County,” says Chef Abgaryan. “I’m grateful to have the opportunity to work with an amazing team and continue to raise the bar while doing what I love.”

A Crystal Cove’s ambiance will be lively and welcoming with genuine hospitality and an elevated, contemporary take on the culinary experience. The stylish interior will nod to old Hollywood glamour and conjure chic New York City and San Francisco-style hotspots featuring an eye-catching bar, plush banquets, and modern fixtures with a palette that embraces the seaside, SoCal setting.

For more information about River Jetty Restaurant Group and to stay updated on A Crystal Cove’s opening, visit RiverJettyRG.com and follow @ARestaurantNB.